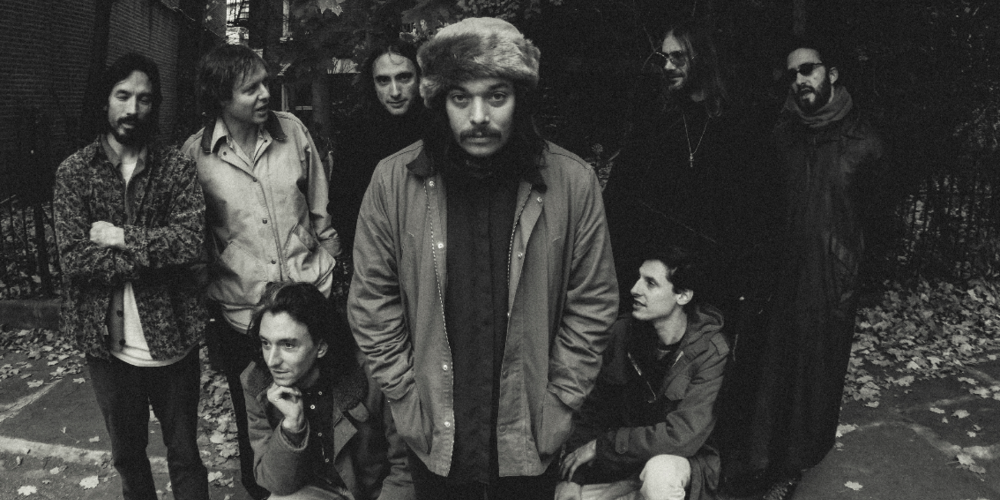 DRUGDEALER 21.05.19 in Berlin, Kantine am Berghain

Drugdealer is a new project conceived and conducted by Los Angeles artist Michael Collins (formerly of Run DMT, SalviaPlath) who guides a group of Angelenos including Ariel Pink and Natalie Mering (Weyes Blood) through a whimsical world informed by Jean Baudrillard, social media perception, Sergio Leone’s spaghetti western vistas and Collins’s endless travels.
At the forefront of The End of Comedy is Collins’ AOR auteurship. It’s a vignette of a record, as lucid and lysergic, as it is organic - featuring homespun explorations of Carole King-esque piano ballads, Bacharach-ian orchestration, the psych-folk of Ultimate Spinach and Hendrickson Road House and even New York City subway jazz.
Throughout The End of Comedy, Collins eschews the spotlight, in favour letting the ensemble shine. There are collaborations with Ariel Pink ('Easy to Forget”), Danny James (“My Life”) and Natalie Mering (Weyes Blood), who brings Laurel Canyon balladry to the table on the album’s titular track. Not to mention a bona fide who's who of Collins’s mates, including members of Regal Degal, Holy Shit!, Sheer Agony, The Mild High Club, Mr. Twin Sister, The Memories, and pals from Mac DeMarco’s band, who contribute essential bits and pieces that create the foundations of The End of Comedy.
With that cast, it makes sense that Collins recorded the album over several years, all over North America in places like the Glenn Cabin in Vancouver, the Telegraph House in Oakland, the Drones club in Montreal, Ariel Pink’s house in LA, Baltimore’s infamous Copycat Building, and Mac DeMarco’s house in Rockaway Beach. All the people and places are essential to The End of Comedy, an absurdist collection of songs that plays like a short film in which Collins journeys far and wide, popping in to various abodes, embracing mates old and new, and casting a spell on them.
Conceived as a concept record about the absurdities of modern life, and our relationship with the other 7.125 billion people on Earth, The End of Comedy subtly highlights how humour can heal wounds and open up new doors of perception, best personified when Mering sings “I’m in love with laughter.” It’s clear that Collins is 100% in love with laughter, yet despite his prankster leanings, there are moments when he winks with words — each wink cuts through the mundanity of everyday life and hints that maybe, just maybe, we aren’t living in end times.